In recent years, pipelines have had a significant and beneficial impact on the ability to transport natural gas, oil, CO2 and refined petroleum from one area to another. Unfortunately, many people are unaware of how safe pipelines are. Therefore, If you live near an area where pipeline construction has already started or will soon begin, it will be very helpful to be aware of the following information about it.

#1-Pipelines Can Be Constructed Underwater, But It Rarely Makes Financial Sense To Do So

Some people who are opposed to pipelines have suggested simply placing the pipelines in question underwater. However, if a pipeline that was underwater burst, it would be harder to repair than one on soil. That means that a small leak could release a lot of oil, gas, etc. into the water, contaminating the oceans, before repairs could be completed.

In addition, it would also be significantly more expensive to lay pipelines under the water due to the weight of water and the aquatic environment. Since that cost would inevitably be offset by customers needing to pay higher costs for the item in question, it is a better idea to lay pipeline underground.

If you are concerned about pipelines because you associate them with big, heavy pipes going everywhere, you will be happy to know that is not how it typically works. The diameter of a pipeline can be as little as four inches and it is not unusual for natural gas to be transported in plastic pipes. Another fact to keep in mind is that they are sturdy and it is safe to use them continually. For example, Wikipedia has reported that there is a TransCanada pipeline that has been successfully transporting natural gas from parts of the United States into Ontario since 2012. It supplies approximately 1/6 of all the natural gas used in that area.

If you are still concerned about pipelines, it should be comforting to remember that pipelines can be treated with chemical compounds to discourage corrosion of the pipes. The pipes can also be washed with a biocide that will destroy any bacteria that produces sulfur, thus extending the life and safe use of the pipeline. Although rust will always be a concern when water and hot oil come into frequent contact with one another, there are ways to minimize that risk.

In conclusion, pipeline construction allows for the successful transport of crucial items like natural gas and oil to areas where it is needed and it is easy to forget how safe pipelines actually are. As a result, if you are concerned about the existing or proposed use of pipelines in your area, becoming aware of the preceding information will be very helpful.

In Awe Of Industry

In Awe Of Industry 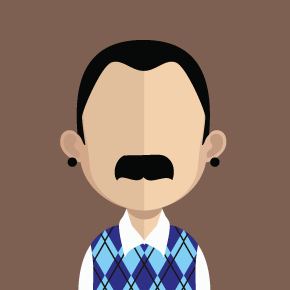 I'll admit that I have never been very environmentally conscious. I picked my vehicle based and home based on how luxurious they were, not how energy efficient. I even found myself paying a rather hefty fine for throwing an old computer in my garbage bin because I didn't know e-waste was so bad for the environment. So I'm probably the last guy you would expect to find starting a blog like this one. However, thanks to a friend of mine, I'm glad to report that I'm no longer the man I used to be. After laying eyes on my friend's new home made exclusively from recycled shipping containers, I was in complete awe of what can be made nowadays using recycled materials. That is when I decided to start this blog to teach both me and you about all the amazing things the industrial world is now capable of producing.